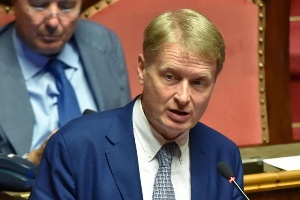 The Italian Evangelical Alliance welcomes the move of Senator Lucio Malan. He asks to reduce the number of parishioners needed for a church to have state-recognised church ministers

The majority of the requests for the recognition of church ministers in Italy are rejected or in stand-by, the Italian Evangelical Alliance (AEI) informed. This license given by the State is necessary to celebrate marriages, exercise chaplaincy activities or assisting people in hospitals, among other functions. “Now, due to a proposal of Lucio Malan, a Valdesian Senator, the government accepted to consider the possibility of reducing the number of parishioners necessary to obtain the recognition of church ministers by the State”, AEI board member Stefano Bogliolo told Evangelical Focus. “We don’t know exactly where this openness of the garment will lead; however it’s a positive sign”. The Alliance had “welcomed” this step in a statement.

500 MEMBERS, AN “ARBITRARY” NUMBER – “In 2012, a verdict of the Council of State arbitrarily set the requirement of having at least 500 members in a local community to obtain the State recognition of church ministers”, Bogliolo explained. “This limit is not written in any law, but surreally the judges interpreted an old fascist law in force, adding that parameter (500 members) borrowed from the majority religion. A very curious way to grant liberty! Even most of the Catholic churches don’t respect this limit”, he concluded.