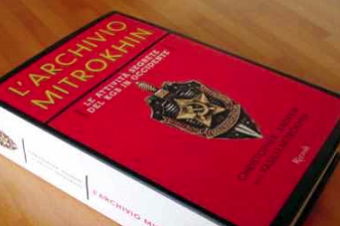 One Mitrokhin Commission member, Senator Lucio Malan, also of Forza Italia, said there were good reasons to look into the allegations: many top politicians, though not Mr. Prodi, once belonged to Italy’s Communist Party.And Mr. Prodi does have an unusual tie to the Moro kidnapping. In 1978, he and other professors at the University of Bologna held a séance in which a Ouija board spelled the word “Gradoli,” which turned out to be the street name in Rome of a Red Brigades safe house. “There were strange things”, Mr. Malan said. “Nothing is strange in receiving news if someone claimed to have it”.

He said it was generally useful having someone like Mr. Scaramella as a consultant to the commission. Mr. Malan credited him with a tip that led to the arrest in 2005 of two Ukrainians, now on trial for smuggling two grenades into Italy allegedly to kill Mr. Guzzanti. But he said Mr. Scaramella’s allegations were often stronger than his proof. “He is somebody who is acquainted with this kind of world of double spies,” Mr. Malan said. “So one can get much information, if not groundless, unproved. On the other hand, there might have been some information that is very important”.