Dermot Murnaghan: Let’s go to Rome now and to Lucio Malan, who is Secretary to the Italian Senate, supporter of the Italian Prime Minister, Silvio Berlusconi. A very good morning to you Mr Malan. The markets wonder, the rest of Europe wonders about how serious Italy is about dealing with its huge debts.

Lucio Malan:” We are dealing with very seriously. Already in August we passed several measures in order to improve our financial situation and to go to a balanced budget by 2013, and more measures have been passed in these days. We still have an aggregate debt that is very much like France, much better than UK and just 10% worse than Germany, so the aggregate debt is very good data for us and that matters”.

But if you say that why don’t the markets believe you? Why are they pushing up Italy’s borrowing costs?

“I think that this is a problem involving all Europe because of Greece and, of course, the Countries who suffer more from such a difficult situation in Europe are those with a bigger public debt – as, for instance, Italy, with no need to mention Greece”.

But isn’t a lot of the problem Silvio Berlusconi himself went to the G20 there and didn’t really seem to be taking the problem seriously and you still don’t have a credible debt reduction plan that you are actually implementing.

“Actually, we have cut 60 billion of expenses and we are about to have a balanced budget. We will work on it, of course we need to do so. Everybody needs a more quiet environment, and the euro environment is very difficult. In the old times there would have been devaluation of weaker Countries, today we have consequences on the interest rates of the public debt”.

With all his personal problems surrounding him, how focused is the Prime Minister on this issue?

“The Prime Minister is very much focused on this issue. He partecipated to the international meetings and he is the one who is in charge of taking these measures, even before the Minister of the Economy”.

Are you convinced he is the best man for the job?

He has been elected for the job and therefore, in a democracy, it means he is the best man for the job.

Do you think he can stay in the job though, given the nature of the coalition and the rumblings within it?

Is it Italy’s intention to stay within the eurozone come what may? Much more discussion now as you are aware of as well that Greece may have to go, and then, of course, the spotlight would turn on Countries like your own, and all discussions about a eurozone core centring on Germany. Italy still wants to stay part of that?

“Italy wants to be part of euro: we were among the most enthusiastic supporters of the euro. Of course, we need management of euro that doesn’t just agrees with the interests of those who stay on the shores of the wide river, but also to the many other Countries that have joined the euro and of course, as long as the internal rules are made to save – for instance – French banks damaging Italian banks who didn’t suffer and never needed help from the government, of course that doesn’t help our European feelings”.

I see. Well, if it comes to – as many people are talking about – deeper and deeper fiscal and economic integration with a much more Germanic model when it comes to public spending and fiscal rectitude, Italy could stick with that?

“Of course if you are speaking about German, the Deutschmark that includes other Countries, of course this is not the euro we are looking for, it is not the Europe we are looking for. I think it must be something which is really European, something that listens to the interests of all the eurozone area member Countries. Certainly, the Italian economy is much different from the German economy, as we are very much based on the medium and little sized companies . This is why we are very good partners for each othe,r but it is also why not everything which is good for Germany is good also for Italy”.

“Of course that doesn’t help and these much higher borrowing … you mean the interest rates or do you mean that companies are borrowing more money?”

The size, the amount you borrowed.

“Ah, well, we are borrowing a lot of money for the public debt but we are talking about aggregate debt because, when we speak about borrowing money, the aggregate debt is the relevant figure. The aggregate debt of Italy is exactly the same like France, 230% of the GNP; the UK has 270 and Germany 200, so I don’t think that we are so unbalanced confronting with other Countries. We are even better than others. Of course, we have to remove obstacles, we have to deregulate something in our internal econom,y but the Italian economy is still strong and very responsive. You are right, the little and medium sized companies have some problems but that means that they are much more reactive to the market new necessities and this is why we feel relatively better in times of crisis”. 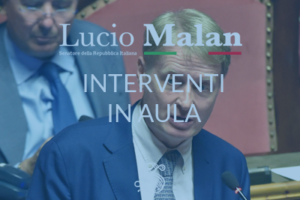 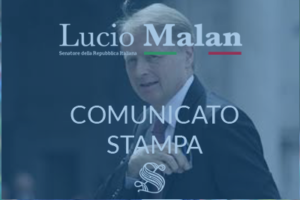 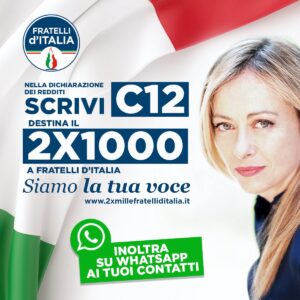