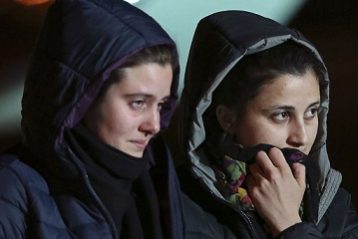 Lucio Malan, a senior member of the centre-right Forza Italia party, demanded that the government to disclose whether a ransom was paid. If a ransom were paid “to save two valuable lives, then thousands of others — equally valuable — would be put at risk,” Malan said in a statement. A ransom payment “would encourage terrorists, illegitimate entities like the so-called caliphate and simple criminals to take Italians hostage, wherever they may be,” Malan said.