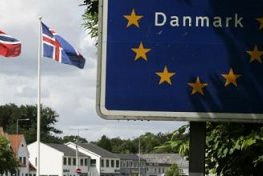 A Labour MEP has warned that European Union States have weakened the Schengen Treaty on open borders by failing to agree on common asylum procedures. Speaking on the programme, Claude Moraes said that burden sharing on the issue would have stopped the “weakening” of Schengen. His comments come as the EU Commission President Jose Barroso warns that Denmark’s decision to reinstate border controls may be a violation of European law. But Italian Senator Lucio Malan, of Silvio Berlusconi’s People’s Freedom Party, told presenter James Naughtie that without a realistic EU immigration policy there is the danger of individual Countries creating ther own “little fortresses”.