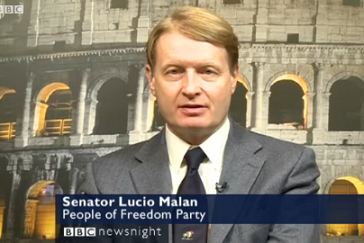 Italian senator Lucio Malan told the BBC’s Newsnight that the Italian government wanted to know why it had not been consulted by the British before the attempted rescue of Briton Chris McManus and and his Italian colleague, Franco Lamolinara.

Both Mr McManus and Mr Lamolinara, who had been abducted by gunmen in Nigeria last year, died in the failed rescue attempt.

The Italian senator said Italy was only informed about the rescue mission after it had begun.