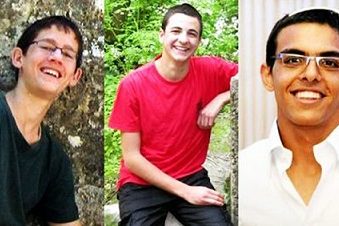 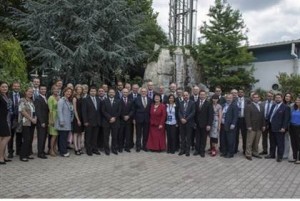 Over 20 European members of parliaments (MPs), hailing from 15 different European countries, signed a joint declaration condemning the kidnapping of Gilad Sha’ar, 16, Naftali Frenkel, 16, and Eyal Yifrah, 19 last Thursday night by terrorists. “We support Israel’s right to defend its citizens from acts of war and terror, as is the duty of every sovereign nation. We condemn in the strongest terms the recent kidnapping of three Israeli teenagers and demand that the Palestinian Authority actively assist in securing their safe return,” read the joint statement.

The declaration was signed during the Israel Allies European Summit held in Budapest. The Summit, held in the Hungarian capital from Saturday to Monday, aimed to “address the future of Europe-Israel relations in light of the recent European election results and the rise of the extremist right in Europe.” […] The European signatories included Secretary of the Italian Senate Lucio Malan, Czech Republic Vice President of the Senate Premysl Sobotka, Chairman of the Israel Allied Caucus in the Dutch Parliament Joel Voordewind, and MPs from a range of countries, as well as from the European Union (EU).