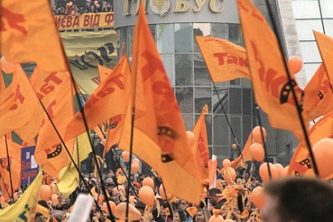 A NATO Parliamentary Assembly delegation participated in the International Election Observation Mission (IEOM) for the second round of the presidential elections in Ukraine.

In meetings prior to Election Day, Senator Lucio Malan (Italy) who headed the NATO PA delegation said that “the international community cares about Ukraine and would like to see this Country continue its progress towards full integration with the Euro-Atlantic community”.