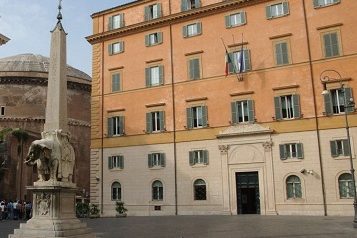 Approximately 130 Italian politicians, Church leaders and journalists met in Rome on June 30th for a symposium on the theme: Israel, Palestine and the “Arab Spring” – Geo-political aspects in the changing Middle East. […] The symposium was organized by ‘Christians for Israel Italy’, in partnership with the ‘European Coalition for Israel’ and Italian Senator Lucio Malan, and was part of an on-going information campaign concerning Israel’s legal rights, in preparation for the UN General Assembly vote in September. […]

Conference host Senator Lucio Malan asked those attending the conference “to defend Israel unless we want to give up our roots, our freedom and our democracy”. He called on all the participants to signo the Open Letter to the leaders of the UNited Nations.